Welcome to Europimmobilier17 where our dedicated team of both French and English agents offer decades of experience in the French property market. We cover the beautiful rural Charente, the border with the Perigord Vert (Northern Dordogne) and the magnificent coastal area around Royan - the ‘Côte de Beauté’- in the Charente Maritime.

We cater for all budgets from Renovation Projects to Chateaux, Holiday Homes and Permanent Residences, and we have an in depth knowledge of all of our properties and their surrounding areas.

We will do our utmost not only to find you the perfect property but to make your buying experience pleasurable and stress free. We offer a professional and friendly hand holding service to guide you through the purchase and any legal issues, put you in touch with local artisans, connect you to services and generally help you settle into your new life in France. The expat members of our team can advise you through their own personal experience of moving to France. 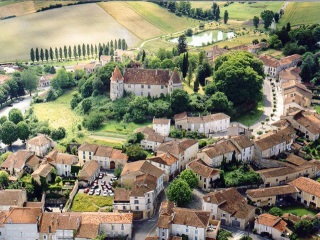 The Charente has become increasingly popular with British buyers who come to escape the hurly burly of modern life and enjoy the clement climate offering comparable hours of sunshine to the Riviera but without the stifling heat. Here the pace of life slows down and the rivers Tardoire, Charente and Vienne meander though unspoiled forests and verdant valleys that are dotted with sleepy stone hamlets, splendid chateaux and picturesque villages. It is a popular area for both holiday homes and permanent residences and many visitors liken it to rural Britain 50 years ago.

Even in the depths of rural Charente you are never far from a vibrant and often extremely picturesque market town, such as: Villebois –Lavalette, Montmoreau St Cybard, La Rochefoucauld, Confolens, Chabanais, Montbron, and Aubterre sur Dronne (reputedly one of the prettiest villages in France); each with a wealth of historical interest and many local festivals. The acropolis city of Angoulême, known as ‘the Balcony of the South West’, provides the gateway to the Charente; the high speed train stops here on its way from Paris to Bordeaux and on to Spain. This walled university city is perched on top of a rocky outcrop and is famous for its views from the ramparts, along with its architecture, International cartoon festival and vintage car rally.

The main industry in the region is agriculture and it is renowned for its photogenic fields of sunflowers and Limousin cattle. Tourism is growing, as a result of the sheer tranquility of the area and the many leisure activities it has to offer: Golf, Horse Riding, Rambling, Fishing, Bird watching, Water sports and Cycling to name but a few...The beautiful Lakes of the Haute Charente provide the back drop for many of these activities but for the less energetic why not relax on one of the sandy beaches with a picnic? Needless to say that the many vineyards of the Charente are part of the attraction too, producing not only the infamous Cognac but also several very good wines and the lesser known and much more quaffable ‘Pineau de Charente’ that is a must for aperitifs!

The ‘Côte de Beauté’ is a must see for seekers of a coastal location! Just 45 minutes south of La Rochelle and roughly 1 hour north of Bordeaux where the Atlantic coast meets the Gironde Estuary. The region is famed for its beautiful beaches, chalk cliffs, sandy coves and coastal paths with views out to sea. Royan, the capital of the area, is a bustling resort, which has five sandy beaches; a marina and a fishing port. There are regular ferry links to the Medoc region which lies on the opposite bank of the estuary, so not far to go for the obligatory bottle of red!

The key to the popularity of the Charente and Charente Maritime is good access by road or air and its position facilitating travel either back to the UK or on to other European countries. Airports: Limoges, Poitiers, Périgueux, Bergerac, Angoulême, La Rochelle , Bordeaux. High speed Train (TGV): Angoulême, La Rochelle. Access by Road: A10, A28, RN10 ,RN141, (Approx. 6.5 hrs to Calais/ 4.5 hrs to Caen).