French Character Homes is a real estate agency specializing in period character properties in the Pyrenees Atlantic region of South West France. Our portfolio of properties for sale, include Châteaux, Manor houses, Farmhouses and Water Mills: each chosen for their period architecture and un-spoilt locations.

French Character Homes is based in the beautiful historic city of Pau; just one hour from both the ski slopes of the Pyrenees and the sandy beaches of the Atlantic coast, around Biarritz.

Our focus is on ‘life style’; we promote this region of South West France as we truly believe that it offers something for everyone. From the World Famous Surfing along the Atlantic coast and the Ski Slopes of the Pyrenees, to the charming ‘Old Béarn’ market towns and the vibrant Historic City of Pau.

French Character Homes is based in Pau, in the Pyrenees Atlantic region of South West France : just one hour from both the ski slopes of the Pyrenees and the sandy beaches of the Atlantic coast. Winter snow sports and summer beach activities make the region an ideal choice for an all year round holiday home and an equally great lifestyle choice as a main residence.

Pau is a beautiful historic city ; its château was birthplace to Henri IV, who became King of France in 1589. The Boulevard des Pyrenees runs from the château to the Parc Beaumont providing a natural balcony with panoramic views of the snow topped mountains. 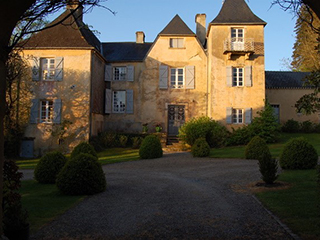 View Latest Properties
View our properties for sale Contact us