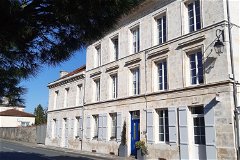 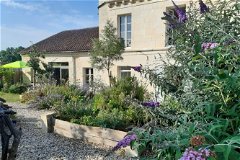 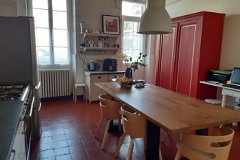 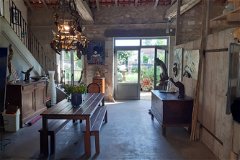 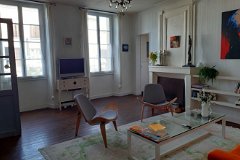 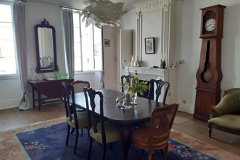 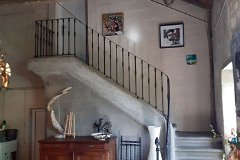 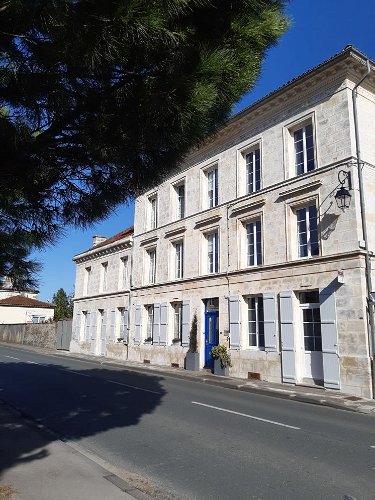 front of the house 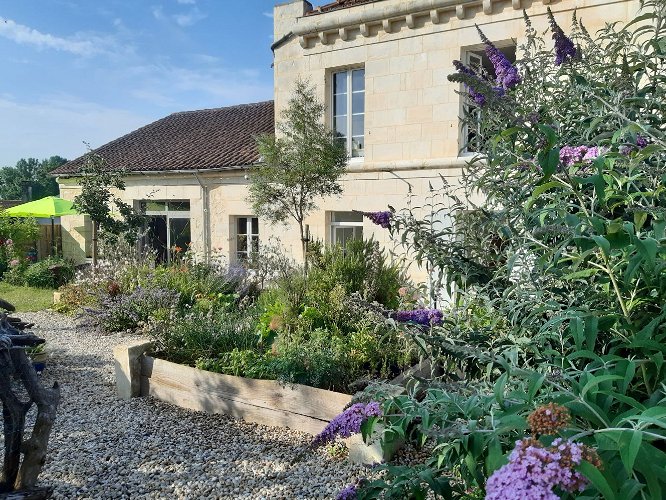 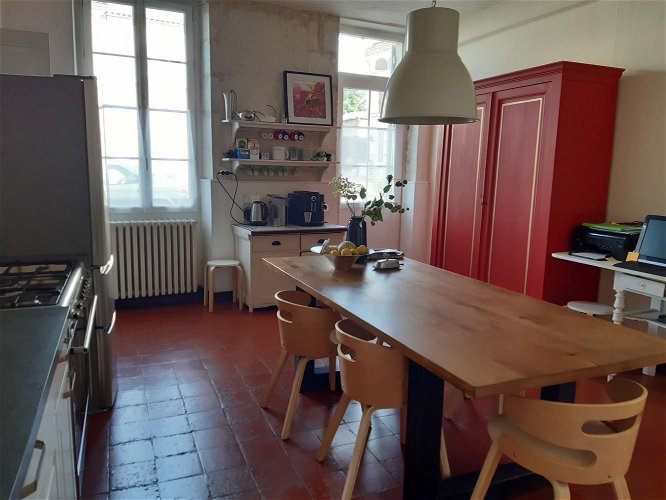 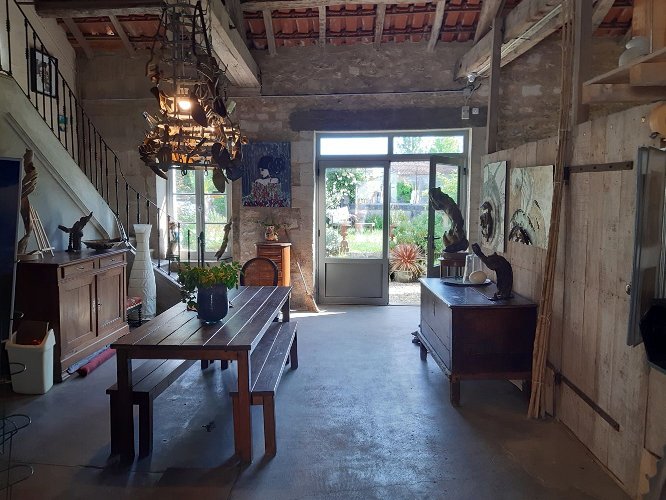 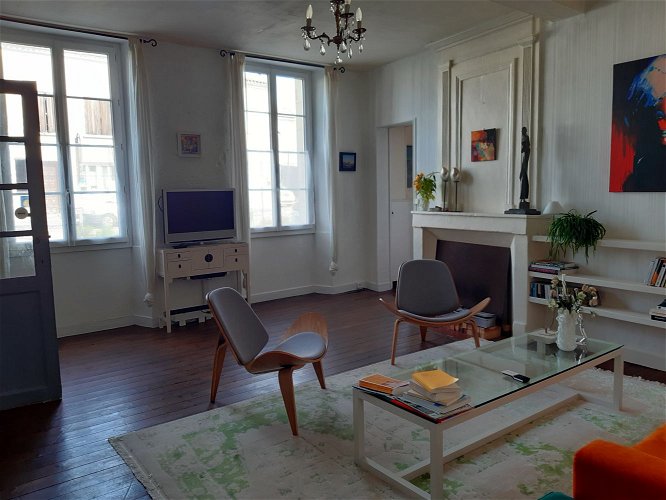 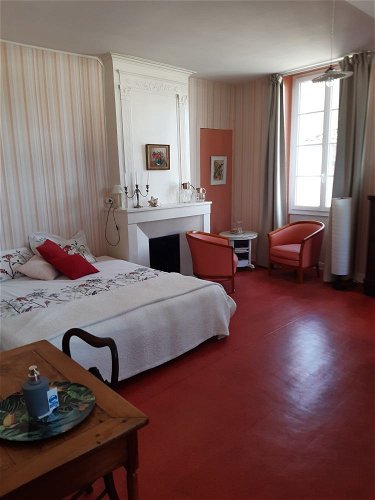 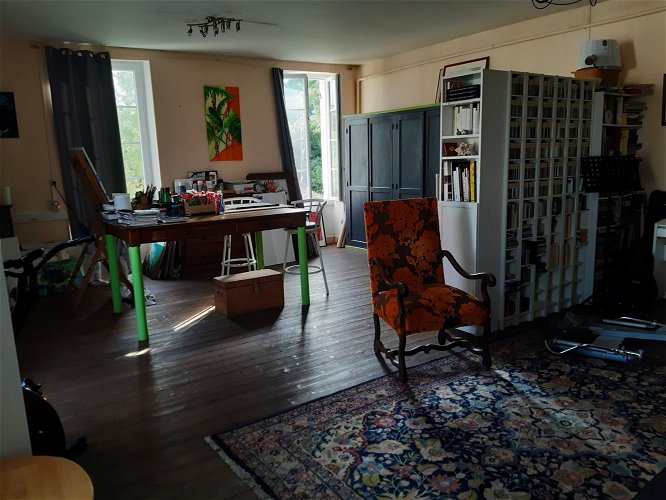 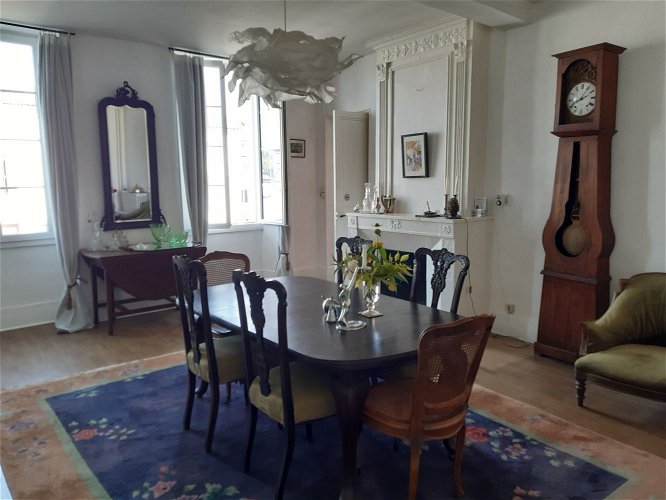 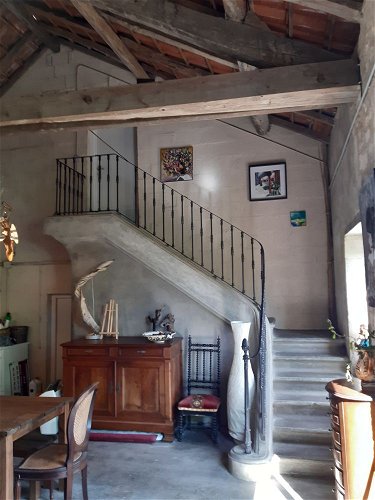 Always been dreaming to live and work in France. Take your chance now !

Our charming 17th,18th and partly19th century house in the Charente Maritime,( 17240 Saint Genis de Saintonge) is for sale.
Currently in use as a B&B with 3 bedrooms( possibility to create 2 more) but also big enough to start another bussines , or just to house a big family.
We are situated 10minutes from the motorway A10, in between Pons and Jonzac, and the Route de Compostelle is passing by our house.
Although we are in the center of a village with all amenities(3 bakeries, boutcher, supermarket, schools, restaurants, bar, cinema, garage, tennisclub,soccerfields and more), the country side starts just at the backside of the house.

You are right away in the French country side, with its winding roads , fields , forests , vineyards and charming old villages. The climate is very mild, nice, sunny summers and mild winters.
70 kilometres from Bordeaux, 40minute drive from the big beaches of the Atlantic coast and Royan,
Ile d'Oleron and ile de Ré are not far away as well, 10 minutes from the Gironde with its quiet and charming little ports , near the towns of Jonzac with its base de loisir and les Antilles de Jonzac,  Cognac, Pons and the roman town of Saintes. The Medoc area is easy to reach by the ferry of Blaye or Royan.
The area is known for its festivals , evening markets and broccantes.
Nearest trainstation 10minutes away, Pons or Jonzac.
Airports/la Rochelle 1h15, Bordeaux 1h15, Bergerac 2h, Limoges 2h10 and Nantes 2h30.
MotorwayA10 is a 10minute drive.

The house is partly 18th century and partly 19th century with still lots of old details, it is allmost 300m2 of livingspace, a patio of 45m2 and an attached barn of 80m2, a very charming yard of 17m by 8 meter.

9 rooms :
groundfloor:
Bedroom of 20m2,the wall between this bedroom en the kitchen could easily been knocked down to create an very big kitchen/livingspace.
Fully equiped kitchen , 35m2, with direct acces to the barn,livingroom 30m2,
and a room of 30m2 which is divided in 3 pieces, office, bathroom and laundryroom, this could easily be diverted into another bedroom ensuite.
1st floor :
A big bedroom with bath ,30m2 with its toilet on the hallway, diningroom/livingroom, and a big workingspace/studio of 60m2, which could be converted into an appartment or a family room.
2nd floor : a bedroom of 26m2 with ensuite showerromm with toilet.
A second bedroom, which is divided in 2 pieces and a bathroom on the hallway.
All rooms have their beautifull chimneys.
, high ceilings and big windows.
A big cellar underneath the house.
A beatifull barn whith its big beams and big opening doors to the patio and the garden, with some investment you could change this also in a beautifull livingroom.

The house has many unique details and has been renovated over the last 4 years : everywhere new double glazed ,isophonic windows (33!) were placed
There is a new modern kitchen, new heating system on on gaz the ville, the whole house, 3 sides of the facade, have been cleaned and renovated, one of the roofs is new as well ,all work being done by wellknown compagnies..


Since we are living in a village we are on mains. Taxe fonciere was last year 1700euros.
The DPE, technical report is done in june.
If you want to increase your revenu, you could easily create 2 more rooms, we advertised just on booking.com, but with more advertising, you could easily be running the b&b all year round, since in the village and just around there are no other B&b s, we are just on the road, so no detour, and we have a big parkingspace next to our house ( The cinemaparkingspace)

If you like to live in a real French village, with all the charme going along with that, this is your chance !
Askingprice : 315000euros 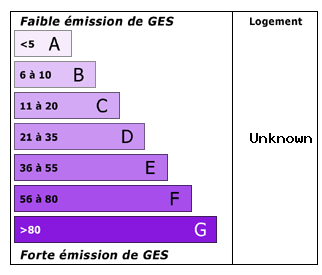 CO2 Emissions (GES)
Make an Enquiry
The information displayed about this property comprises a property advertisement which has been supplied by a Private Vendor and does not constitute property particulars. View our full disclaimer .

Visit https://www.french-property.com/sale-property/1-IFPC30526 to make an enquiry