The notaires have recently published house price figures for 2020, for each department of France.

Over the past few months several reviews of the housing market for 2020 have been published, from French estate agents, the notaires and SAFER, the rural housing agency, which we reported on at:

The figures come with no commentary or information on the movement in prices but show the average range of prices within each department, from the bottom to the top end, excluding 10% of extremes either end.

In a separate study carried out by the notaires in collaboration with the French urban renewal agency ANCT (Agence nationale de la cohésion des territoires), the authors point to the improved performance of the housing market in 222 small to median sized towns of France, stating that "the resurgence of the towns was confirmed in 2020 with a market that held up better than in the major cities. It is above all a user market that offers households the possibility of accessing quality properties with a larger surface area and at more accessible prices."

Sales in those towns in the study have increased each year since 2018, in contrast to several metropolitan areas where sales had declined, notably Paris, where FNAIM, the national association of estate agents, recently reported that: "The desire to move away from the big cities to obtain more space, the loss of profitability for accommodation that was rented out, particularly on platforms such as Airbnb, and which has been directly impacted by the confinements... it will be interesting to see in the coming months whether this trend is confirmed or not."

Although the increase in activity and prices is being driven in the main by sales in the suburbs, the study confirms that town centres are also holding up well.

The graphic below shows the average price of older housing in the towns. 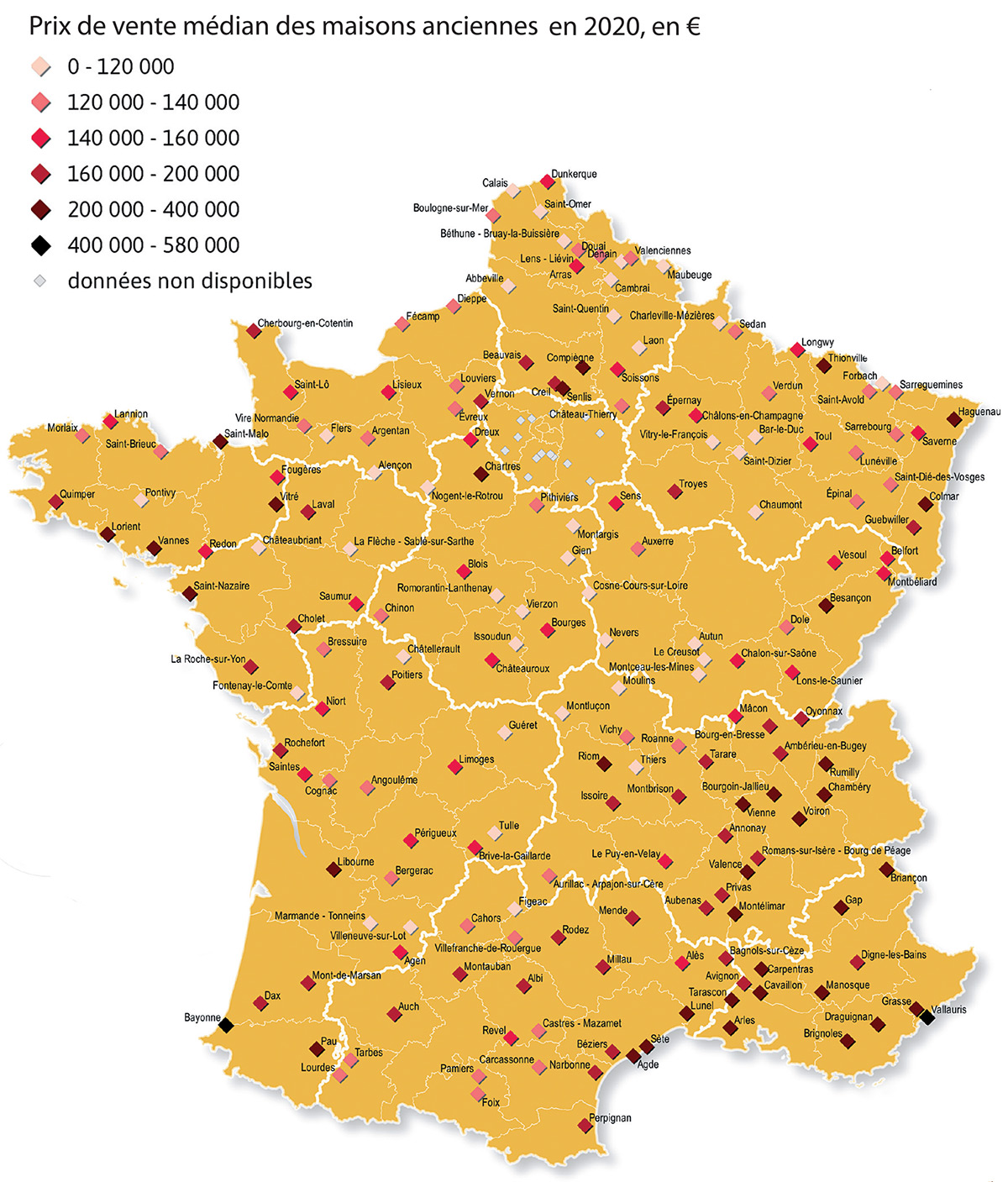