And the Favourite Village of the French is........

For the second year in succession a village in Brittany has been chosen by the French as their favourite village in 2016.

In an annual competition organised by the French television channel France 2, the winner this year of Village préféré des Français is Rochefort-en-Terre, located in the Morbihan department of Brittany.

Last year the winner was the Brittany coastal village of Ploumanac'h, in the department of Côtes d'Armor.

The competition is very popular, with around 4 million viewers who watch each of the programmes broadcast over several weeks, and hundreds of thousands who then cast their vote.

The village of Rochefort-en-Terre (population 700 residents) is already a popular tourist destination and, based on the evidence from previous winners, ten of thousands of additional tourists can be anticipated in the coming years. 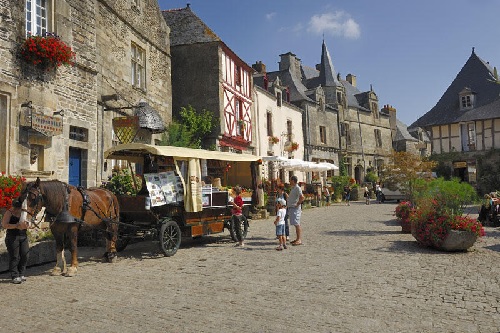 The list of the top ten finalists in 2016 was as follows: