The social insurance fund 'CIPAV' is yet another agency mired in controversy over its caseload, and auto-entrepreneurs have particular reasons to feel aggrieved.

We have covered in these pages in the past the problems encountered by small business owners in their dealings with the social security agency the Régime Social des Indépendants (RSI). 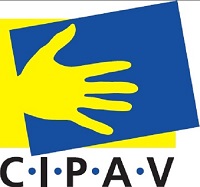 Since its creation in 2006 the RSI has been plagued by a record of substantial maladministration.

Those who also happen to be a business owner in one of the professions libérales are also affiliated to CIPAV (Caisse Interprofessionnelle de Prévoyance et Assurance Vieillesse) for their retirement pension face additional pain.

There are several insurance funds for the professions libérales, but CIPAV is by far the largest, with nearly 600,000 affiliated members.

Originally set up after WW2 as a social insurance fund for architects and engineers (who still effectively run it) it now also comprises a very diverse group of professionals - surveyors, financial advisors, designers, researchers, trainers, engineers, journalists, technicians, and many more professions.

Around half this number now happen to be auto-entrepreneurs, who, whilst they pay their flat rate cotisation of 22.9% to URSSAF, will eventually get their pension from CIPAV. They do so as, not being engaged in either 'commercial' or 'trade' activities, they have no eligibility to a pension from the RSI.

Last year the French national auditor, the Cour de Comptes, published a quite devastating report on the performance of CIPAV, stating that it was 'gravely dysfunctional', with 'irregularities' in the handling of contracts, and a service it provided to its members that was 'deplorable'.

So serious was the situation that the auditors recommended the government needed to directly intervene, stating:

Taking over CIPAV was never going to be a recommendation the government was prepared to adopt, particularly as it would then place itself directly in the firing line.

So the agency has been left in place, albeit eventually with a new director and greater supervision being imposed from the centre.

The failure of the agency has been particularly detrimental to auto-entrepreneurs against whom, according to the Cour de Comptes, there has been direct discrimination by CIPAV.

In particular, the Cour de Comptes stated that CIPAV had failed to properly accept their registration and had minimised their pension rights.

In their response to the criticism, CIPAV argued that the problem has not been one of their making, but due to the substantial increase in new members following the introduction of the auto-entrepreneur status in 2009.

They blame the government for failing to put in place an adequate digital and administrative infrastructure between the statutory agencies for managing the new influx.

However, that is only part of the story, for CIPAV have strongly resisted the affiliation of auto-entrepreneurs to the agency, and their opposition continues unabated to this day.

The combative and fiercely independent President of CIPAV, Jacques Escourrou, has been virulent in his attacks, calling the new entrants "branleurs" (a word we leave you to translate if you are not familiar with it) and the "rubbish bin" for this business status.

According to him, "les auto-entrepreneurs nous cassent les pieds", and he has demanded that the government create a dedicated insurance fund for them.

At the root of the vitriol is a concern about the financial risks to the agency of being obliged to accept as new affiliates business owners who earn very little and whose pension will therefore be very small, but whose costs to the agency are alleged to be substantial.

The costs include not just those of administration, but the potential mismatch between contributions and payments, although as the pension rights of auto-entrepreneurs are proportional to their contribution, with a minimum contribution level required to obtain pension rights, that argument remains as yet unproven.

There is certainly no attempt by the agency to hide the fact that the pension rights of auto-entrepreneurs are lower, for on the CIPAV website they state: "L’auto-entrepreneur cotise moins que le professionnel libéral et aura, à chiffre d’affaires équivalent, une retraite moins importante que le professionnel libéral." This is despite the fact that the government provides to CIPAV a compensatory payment to equalise pension rights between all adherents. Those auto-entrepreneurs whose business activity is libérale will note how CIPAV make the false distinction.

It remains difficult to judge whether the administrative arrangements have improved since publication of the report, as there continue to be numerous anecdotal reports of mismanagement.

In a recent press interview the new director of the agency, Olivier Selmati, stated that there remained 30,000 letters and e mails with the agency that had yet to receive a response. He has given himself until the end of 2016 to sort out the mess.

However, with a President at the head who remains so publicly hostile to auto-entrepreneurs, it remains to be seen whether these improvements in service will apply equally to all adherents.